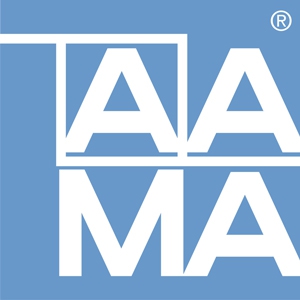 Program History
The Weatherization Assistance Program (WAP) was created in 1976 and designed to save imported oil and to cut heating bills for low-income families, especially in a period of staggering increases in energy prices following the1973 oil crisis. The program initially focused on low-cost, temporary measures such as caulking and putting plastic sheets over windows. By the early 1980s, the emphasis had turned to more permanent and cost-effective measures, such as installing storm windows and doors and insulating attics.

In the 1990s, the trend toward more cost-effective measures continued with the development and widespread adoption of advanced home energy audits. Under the American Recovery and Reinvestment Act of 2009 (the Recovery Act), the WAP received $5 billion to weatherize nearly 600,000 homes and help achieve the President's goal of weatherizing 1 million homes per year.

The Department of Energy (DOE) states that in the 33 years of the Program’s existence, weatherization services have been provided to more than 6.4 million low-income households. The DOE also states that weatherization returns $1.67 for every $1 invested in the program, and for every $1 invested by DOE, the Program leverages $1.54 in other federal, state, utility and private resources.

Allocation of Funds
The DOE WAP uses an allocation formula to calculate the weatherization grants to the states based on the amount of funding Congress appropriates to the program in a given year.

From the total congressional appropriation of WAP funds, the DOE first reserves funds on a national level for training and technical assistance (T&TA) activities that will benefit all states. The DOE also allocates specific funding to states for T&TA activities at both the state and local levels. The remaining funds are then distributed to states as program allocations based on the WAP allocation formula. This formula takes into account the state’s low-income population, climatic conditions and residential energy expenditures by low-income households.

Qualifying for Weatherization Assistance
The program is directed towards low-income families, and the primary factor affecting eligibility is income. Any household at or below 200% of poverty is considered low-income. Though this figure is a DOE recommendation of criteria, each state administers weatherization services for its residents through local weatherization agencies, thus the criteria differ slightly for each state.

Individuals seeking weatherization assistance must apply through their state agency. The DOE, as well as many states, estimate that the waiting list to receive weatherization services is approximately 18 months, though the list is longer in the winter.

Energy Consultation and Weatherization Process
A professional energy consultant will analyze energy bills as well as perform an audit of the home prior to repairs to determine the most cost-effective energy conservations measures. After work is complete, a post-work inspection is conducted to ensure all weatherization measures have been installed according to the work plan, and an authorized representative has certified that the work had been completed in a manner in accord with WAP work standards.